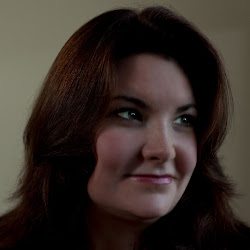 Joan Albarella: I see from your bio that your MFA is from Queens University of Charlotte. I am assuming that since you are originally from up north and spent time down south, that place plays an important part in your poetry. Have your migrations affected your writing?

Donna Hunt: I’ve moved 5 times in the past 7 years, and I’m someone who wants to put down roots—so I tend to soak up as much as I can from every place I live.  I think the idea of place is important in each of my poems, and I think the idea of home is something that I’m obsessed with personally, and therefore invades my poetry often.

The contrast of growing up in a northern industrial city and then moving to a small town in the south (I lived in Virginia while completing my MFA), was shocking.  The sense of being alien in my own country definitely permeates my poems from that time—of which “Winter,” and most of the poems in my chapbook The Coastline of Antarctica, are a part. My feelings of isolation, and feeling like the “other” for the first time were definite themes in my head, and therefore, became the themes of my poems.

And I’m definitely interested in what makes places different from other places, especially as most cities in America become more homogenized, and we can find a McDonald’s and a Wal-mart everywhere.  We have to look closely, and notice architecture, or types of birds, or how dogwoods blossom differently in Martinsville, Virginia than they do in Cleveland, Ohio.  But of course, most of the differences are in the people.  How we interact, how we respond, and then all the things we have in common despite everything.

JA: Your piece, Winter, seems to take the form of a poetic prose piece but your poem Water Everywhere: A Song for Cleveland in Eight Parts is written in a more traditional style. Which style do you prefer? Does the particular topic or inspiration seem to dictate the form? Which leads me to ask, “Do you direct your poem or does it direct you?”

DH: I do consider “Winter” to be a prose poem, and “Water, Everywhere” more lyric narrative.  Meanwhile, a poem like “The Coastline of Antarctica” is different from either of those.  The thing I’m always trying to achieve in my poems is to capture what happens in the mind on the page, so form and style are dictated by that, really.  Which is to say, I think, that it is the mind that dictates the poem that dictates the style.

The poems I like best are the ones that I feel do that most accurately: poems that mimic the activity in the brain.  I really feel that “Winter” captures the feeling of someone struggling with that Vitamin D deficiency in late winter while also recovering from some emotional trauma.  I’ve had quite a few people tell me how they relate to that poem, or how they’ve had days like that, and while I already felt it was successful on the page, it’s always great to hear feedback like that.

JA: What led you to write poetry?

DH: I was a super-reader as a kid.  I once read more books than anyone else in the district and got to be part of a dinner with former Cleveland Browns player Doug Dieken—and I started making books for people when I was 6.  Some of them were covered in honey.  My favorite books were about kids who wanted to be writers (Anne of Green Gables, Little House on the Prairie), and that helped me consider myself one, too.

I believe that poetry tries to capture the unsayable, and I’m fascinated by unsayable things (complex emotions, subtle turning points, ideas of faith, undefined scientific concepts), and I struggle to express unsayable things every day… so poetry seems the natural outlet for that.

I also think that poetry captures moments, versus fiction, which engages the reader over time, through a conflict and some sort of change, generally speaking.  To me, life is a series of moments, as opposed to a constantly developing arc.  Recently, I’ve started thinking that maybe that’s just especially true of my life—the plotline may not be interesting, but, I have had some exceptional moments.  Like riding the greyhound bus with a mariachi band, or waking up with a moose outside my tent (and living to tell the tale).

JA: Are you working on any new writing projects?

DH: Always.  I tend to work on large projects.  I just finished (I think), a long sequence based on string theory (Dimension 2), and I’ve been working on a sonnet sequence from Ophelia’s point of view, paired with a possible modernization of Hamlet—also from Ophelia’s point of view.  I’m also writing a group of poems based on my relationship with my mother, and how it colors and clouds how I perceive things and respond to the world.

JA: Wonderful, Donna. Thanks so much for speaking with us today.

1 thought on “An Interview with Donna Hunt”