Patrick Bahls (Pas de Deux) is Associate Professor of Mathematics and Honors Program Director at the University of North Carolina, Asheville. He is the author of the recent text Student writing in the quantitative disciplines: A guide for college faculty. His poetry has appeared in Adirondack Review, Eunoia Review, Far Enough East, Unshod Quills, and Walking Is Still Honest.

Hannah Baggott (Alternative Therapies: See “Juicing”), a Nashville native, is a poet of the body. She is pursuing an MFA in poetry at Oregon State University while teaching writing courses. She has received awards for flash fiction and critical writing in gender studies. Her work can be found in Tupelo Quarterly and other journals. Learn more at hannahbaggott.com

Pinckney Benedict (The Beginnings of Sorrow) grew up on his family’s dairy farm in the mountains of southern West Virginia. He has published three collections of short fiction (Town Smokes, The Wrecking Yard, and Miracle Boy) and a novel (Dogs of God). His stories have appeared in Esquire, Zoetrope: All-Story, StoryQuarterly, Ontario Review, the O. Henry Award series, New Stories from the South, the Pushcart Prize Anthology, The Oxford Book of American Short Stories, and The Ecco Anthology of Contemporary American Short Fiction. He is the recipient of a Literature Fellowship from the National Endowment for the Arts, a Literary Fellowship from the West Virginia Commission on the Arts, a Michener Fellowship, the Nelson Algren Award, an Individual Artist’s grant from the Illinois Arts Council, and Britain’s Steinbeck Award. He is a professor in the English Department at Southern Illinois University in Carbondale, Illinois.

Debbie Bradford (No Such Thing As a Small Secret) received her MFA in Creative Writing from Lesley University. Her work has appeared in The Washington Post, The Connecticut Review, Wicked Alice, Scribblers on the Roof and The Writing Disorder, among other publications.

Gina Miani Detwiler (Voice Talent for Mouseskull) has a BA in English and Drama from Vassar College and studied Theatre Directing at Columbia University. She worked for several years as a theatre specialist and Entertainment Director for the US Army in Germany and has acted, written and directed for theatre companies in Colorado and New York.  She loves reading aloud to her kids and was thrilled to be asked to contribute to r.k.vr.y with an audio version of the amazing story Mouseskull. She’s written the novels Avalon, The Hammer of God, and the forthcoming Forlorn. www.ginamiani.com

Sylvia Foley (Elemenopy)’s first book, Life in the Air Ocean (Knopf, 1999), a collection of linked short stories, was named one of the Best Books of 1999 by the Los Angeles Times. The title story won GQ’s 1997 Frederick Exley Fiction Competition. Her stories have appeared in various literary journals, including Story, Open City, LIT, Zoetrope, and The Antioch Review; and in the anthologies On the Rocks: The KGB Bar Fiction Anthology (St. Martin’s Press, 2002) and They’re At It Again: Stories from 20 Years of Open City (Open City Books, 2011). Her poetry has appeared in Black River Review, Sinister Wisdom, Conditions, and Alaska Quarterly Review. She holds an MFA from Columbia University and has received fellowships from the Virginia Center for the Creative Arts and Yaddo.

Margaret A. Frey (Pillars of Salt) writes from the foothills of the Smoky Mountains. Her fiction and nonfiction has appeared in: Notre Dame Magazine, Camroc Press Review, Kaleidoscope, Foliate Oak, Flash Fiction Online, Used Furniture Review, The Dead Mule of Southern Literature and elsewhere. Most recent work appeared in the summer 2014 issue of The Stinging Fly.

Ashley Inguanta (There is No Such Thing As Spring) is the Art Director of SmokeLong Quarterly.

Laura Long (The Survival of Uncle Peachy)’s first novel Out of Peel Tree is published by West Virginia University Press. She has published two poetry collections, The Eye of Caroline Herschel: A Life in Poems (2013) and Imagine a Door (2009). Her work appears in Shenandoah, Southern Review, and other magazines and she has received a James Michener Fellowship and other awards. She teaches at Lynchburg College in Virginia and in the Low-Residency MFA Program at West Virginia Wesleyan.

John McKernan (I Tried to Drag Back) grew up in Omaha Nebraska and recently retired from herding commas after teaching for many years at Marshall University. He lives – mostly – in West Virginia where he edits ABZ Press. His most recent book is a selected poems Resurrection of the Dust. His poems have appeared in The New Yorker, The Atlantic Monthly, Paris Review, Field, and elsewhere

Eva Marino (Sitting in the Sandbox) is new to the literary world, and this is her first published piece. However, she is experienced in studio art, and had three paintings showcased at the Tempe Center for the Arts three years in a row during her high school career. Additionally, her art has won second place twice in the Tempe Sister Cities Art Contests, and has won third place in the Arizona Congressional Art Contest. Currently, she is studying Visual Communications at Northern Arizona University, and is following her passion for writing and drawing. 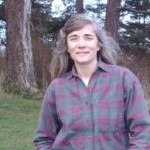 Ann Pancake (Mouseskull) grew up in Romney and Summersville, WV. Her first novel, Strange As This Weather Has Been (Counterpoint 2007), features a southern West Virginia family devastated by mountaintop removal mining. The novel was one of Kirkus Review’s Top Ten Fiction Books of 2007, won the 2007 Weatherford Award, and was a finalist for the 2008 Orion Book Award. Her collection of short stories, Given Ground, won the 2000 Bakeless award, and she has also received a Whiting Award, an NEA Grant, a Pushcart Prize, and creative writing fellowships from the states of Washington, West Virginia, and Pennsylvania. Her fiction and essays have appeared in The Georgia Review, Poets and Writers, Narrative, and New Stories from the South. She lives in Seattle and teaches in the low-residency MFA program at Pacific Lutheran University.

Mike Quesinberry (Illustrator) graduated from Floyd County High School in 1984 and Radford University in 1988. He is currently a manager at Slaughters’ Garden Center in Floyd and avidly pursues his passion of creating meaningful and beautiful photo-art.

Keith Rebec (In the Waking Hour) resides in the Upper Peninsula of Michigan. He’s a graduate student working on an MA in Writing at Northern Michigan University. His writing has appeared or is forthcoming in Shenandoah, The Portland Review, Monkeybicycle, Hobart, Midwestern Gothic, Devil’s Lake, and The Doctor T. J. Eckleburg Review, among others. He’s the managing and nonfiction editor for the literary journal Pithead Chapel, and you can learn more about him at www.keithrebec.com.

Sheila Squillante (There is No Such Thing As Spring) writes poems and essays in Pittsburgh. She is the author of three chapbooks of poetry: In This Dream of My Father (Seven Kitchens Press), Women Who Pawn Their Jewelry (Finishing Line Press) and A Woman Traces the Shoreline (dancing girl press). Her full-length collection, Beautiful Nerve, is forthcoming from Tiny Hardcore Press in 2014. Her work has appeared in Brevity, The Rumpus, Hobart, Barrelhouse, South Dakota Review and elsewhere. She is an assistant professor of English in Chatham University’s MFA program, where she serves as editor-in-chief of The Fourth River literary journal. From her dining room table, she serves as associate editor at PANK.