I’ve admired, appreciated, and been inspired by Alicia Gifford’s work for a long time. It was in 2003 that I first “e-met” her online at Zoetrope Studios and ever since then I have been consistently wowed by the energized, engaged, and edgy work she produces. Her short story Fallen in the current issue of r.kv.r.y. caught my attention right away. It’s written in close third-person with the perfect mix of humor, crass, and insight, and I feel so fortunate that she let us share it with you here.

Alicia is also a fantastic editor at Night Train, and her short story “Toggling the Switch” published in Narrative Magazine won the 2005 Million Writers Award for best online short story of 2004. More of her fine work can be read by following the links below. And I’ve got to tell you, if you’re reading her work for the first time, you’re in for a rare treat–a storyteller smorgasbord.

I also know that Alicia has been at work for some time on a novel-in-stories. I am eagerly awaiting its publication (after some smart agent snaps her up and sends out the manuscript, of course). Her short story Fallen is taken from that work-in-progress and although Fallen had been previously published (the brilliant editors at PANK snatched it up first) I knew I wanted it for r.kv.r.y.’s first issue with me as editor. (If for no other reason than to be able to someday say, “Oh, Alicia Gifford? Yeah, we published her way back when–well before she won the National Book Award for her novel-in-stories.)

Oh, and just FYI, there is also a female bodybuilder by the name of Alicia Gifford, but our Alicia Gifford is not that Alicia Gifford…though it is entirely possible they both have buns of steel. 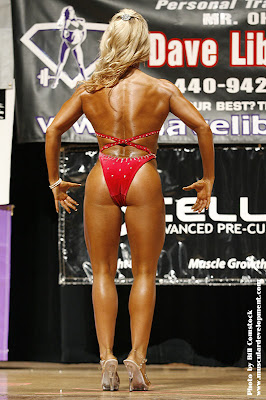