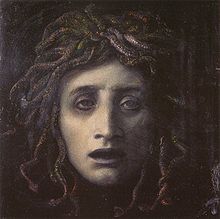 She scrambles the eggs while the baby howls at her knees. To drown out the racket, she hums as she jabs her fork into the yolks. She enjoys the way they spill their yellow color and swirl into the whites. She matches her tune to the schook, schook, schook of the fork against the bowl, then does a quick side-step when the baby lunges for her legs.

His little fat hands grasp the air, throwing him off balance. He totters on his heels for a moment then sits hard and rolls back sideways, bumping his head on the floor. He stops crying abruptly and flails his arms in the air like a big bug stuck on its back.

Cynthia knows she should pick him up, comfort him, but she’s too deep in her own need. She won’t look down, even, because if she looks at his face all twisted up and desperate for her, she’ll have to pick him up, and she just can’t do that motherhood stuff right now. She used to love the feeling, everyone needing her so badly. She would peel and seed John’s oranges when she packed his lunch. She cut the crusts off his sandwich out of pure love. And when the baby fell asleep, she’d sit and hold him just as long as he would let her.

But John Junior is walking now-into everything-and he’s gotten so clingy. Her friend Alice says that John Junior is feeling separation anxiety. Every time Cynthia leaves the room he thinks she’s gone forever, just disappeared. Secretly, Cynthia wishes it could work like that–two steps into the bedroom, and poof, she’s in another life, another world.

She used to love her life. She looked forward to every day. Cynthia can’t even say when things changed. Maybe it was back when she suspected John of sleeping with his secretary. Maybe it was after John Junior was born and she couldn’t seem to do anything right.

John and she had never fought before. Well, sometimes, but it was always more of a disagreement and once Cynthia apologized it would be over. It never spilled out into the rest of her life.

Now things seem to get all tangled up, till she can’t separate them, one from the other. She feels like that woman with snakes for hair, only all her problems are tangled up there too, squirming and writhing around, hissing on top of her head. She figures that must be why John isn’t home yet-imagine living with a woman who can’t comb her hair for the snakes. She tries calling his office, but that snooty Angela answers, so Cynthia puts on a different voice and pretends to be one of John’s clients.

“Mr. Albee promised to show us a home today, is he in?”

She smiles because she knows Angela is too dense to figure out it’s her. She’s careful to keep the smile out of her voice. Then Angela says, “Mr. Albee hasn’t been in all day, Ma’am, may I give him a message?”

She says it real sly-like, with extra emphasis on the ma’am, until Cynthia is really getting sick. The eggs look disgusting and she feels so nauseous. Then she’s throwing up again, retching in the toilet, and thinking, God, please don’t let me be pregnant, but she’s known it for a while.

When she’s wiping her face, John calls and she thinks he says he’s at work, but it’s hard to hear for sure over the baby. Liar. She just called there. Cynthia doesn’t want to yell at him, but she feels it rising up in her throat like bile, and she wants to stop it but the words are pouring out all over the place like vomit, sour and steaming.

She hangs up and tries to finish supper, even if it is just eggs and toast. After John sells a house they’ll have steak. She puts the baby in his crib, and over the monitor she can hear him banging his head against the bars. She goes to the door and watches, fascinated. His eyes roll back in pleasure. She tries banging her own head once on the door frame before she remembers the snakes. No sense getting them all riled up.

Then she hears the eggs frying too hard, and sure enough, they’re brown when she stirs them, and the toast needs scraping. Schook, schook, schook, the crumbs fly all over the sink, sticking to the sides. She thinks about that woman who drove her kids into the lake and cried about it on national TV. What a terrible person, a horrible mother. But the snakes hiss, “Yessss.”

Halfway to the lake it starts raining. John Junior is sitting in the floorboard playing with his toes and the wipers are keeping time in the dark, schook, schook, schook, marking off the seconds till it’s done.

Cynthia pulls right up to where the lake meets the road, and there’s no one around, so she gets out and goes over to the water’s edge. The baby watches her; his face against the window, nose flattened, big eyes shining white through the dark.

The water smells dank and fishy and it’s way too cold when she sticks her head in. Cynthia is on all fours holding her breath and she thinks about how she must look-rear in the air, head in the lake. She doesn’t get up, though, and her chest starts to ache from needing to breathe. Her head is throbbing, and her throat spasms, her body trying to force her to breathe. But she won’t, she won’t, and she can hear the schook, schook, schook of blood in her head, looking for oxygen.

When her body starts to relax and she’s feeling like she could stay down there at the bottom of the lake forever, she jerks her head up hard, throwing back her shoulders, landing on her back at the muddy edge of the lake.

And possibly the baby is crying in the truck, but he’s safe enough, and she remembers that his diaper needs changing while she watches drops of rain fall silver through the night and feels them sting her cold lake-water face as she listens and waits and hopes the snakes have drowned.

Mary Akers’ fiction, poetry, and non-fiction have appeared or are forthcoming in various international journals such as Bellevue Literary Review, The Fiddlehead, and Primavera. She has an essay in the newly released anthology The Maternal Is Political and her co-authored book Radical Gratitude, first published in March of 2008, is in its second printing. Although raised in the Blue Ridge Mountains of Virginia-which she will always call home-she currently lives in Western New York with her husband and three children. This is Akers’ second appearance in r.kv.r.y. Her short story Multicolored Tunneled Life appeared in r.kv.r.y.’s summer 2006 issue. (Edited to add: in 2010 Akers took over editorship of r.kv.r.y. from Victoria Pynchon.)