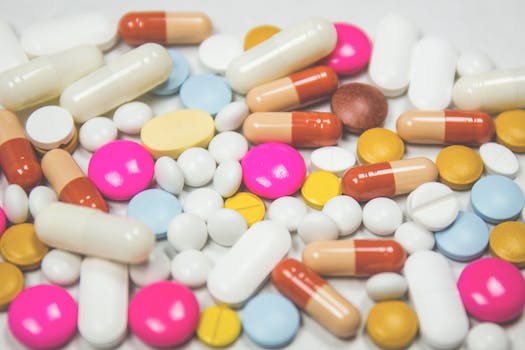 My daughter auctioned the furniture out from under me while I was in the nursing home. What feels emptiest are my hands; I was so used to stroking my possessions, as though they were pets, or as though I were blind and could not see them any other way.

The real loss is the shape Ross, dug into his side of the mattress, the worn section of bedpost where he grabbed hold of it every morning, everything on which he left real or imaginary marks.

I feel like a dog who has been driven miles into the country and dumped out of the car. I’m not angry at Peg, though. I was senile when they put me in the nursing home, and it wasn’t until the doctor took me off all those prescribed medications that my mind started to clear up.

Being in that medicine-induced fog was nice for a while, but then I needed to take more medicine just to feel normal, let alone any kind of high. When I think about these last wasted ten years, I’m angry at my doctor. Angry that he would go along with my pleas for more of this and more of that. Especially when none of it was necessary. Well, the first pill wasn’t necessary. The others became so — as antidotes or equalizers of whatever preceded them.

Peg is visiting me today in my new apartment. I’m still a visitor myself here. Yesterday, I wanted to go around and mark it off in the liquid way a dog does. Peg’s finally grown into her nose. It used to be a few sizes too big. Now her long countenance has been counteracted by a haircut that fluffs out at her ears.

Peg tells me that the money she got for the furniture has been doubled by a stockbroker and acts as though it were an unalloyed good. The words pencil the enlarged nose back on her elongated face. I don’t criticize. She meant no harm, just like the time when she was six years old and locked me out of the house and wouldn’t — or couldn’t — let me back in. I never believed Ross when he told me she knew — at five — how to operate the lock. The first thing I said to her after I got back in the house was “I know you didn’t do that on purpose.” I said it to her twice to make sure she heard, but the second time she covered up her ears and glared at me as though she had been the one locked out. I ignored her, which is what I usually did when she misbehaved.

“I’d give up more than half of the money to have my old things back,” I say now, and I notice there is a note of exasperation in my voice–no, more than exasperation. Anger. A real anger that is as different from irritation as a legitimate pill-taker is from a prescription junky. Peg doesn’t reply, but a hint of a smile sears itself across my eyes. This is not a Mona Lisa smile. There is no doubt concerning the pleasure behind it.

Peg very seldom shows her emotions. I have too often penciled lines in between dots that aren’t there. This is something I started to look at in the nursing home. Peg’s one lone visit to see me. That was it, just one. Not two. So you couldn’t connect them with a line. That kind of woke me up. Not that I, still being on drugs, recognized her when she came.

The nurses told me about the first visit, so I kept looking forward to her next one. I’d sit–and later stand–by the window and look out, willing the black speck on the horizon to turn into a car that carried her inside, just the way I carried her inside forty years ago. Then I would remember the way my own mother would wait for me by her window at my age. And how Peg, as a child, never did wait by the window for anybody but her father to return. Then I felt ashamed and stopped waiting as though it were a hex that was keeping her away.

When I stopped looking, I started listening. Every so often one of the other residents would get a phone call. They’d be taken to a little glassed-in office on the ground floor and left alone, sometimes trembling, with whoever was on the other end of the line. I remembered the toy phone Peg’s father gave her for Christmas once and how she used to spend hours talking to him at the office and my wishing that I was the one who went off to work. He was gone all day–maybe that was what made him more precious, made him the favorite. It certainly couldn’t have been his strictness, although Peg never seemed to mind it. But then, she seldom showed her emotions. I think I said that before. And I have to admit in hindsight that if he had been as permissive as I was, she would have been a thoroughly spoiled child.

When I first started coming back from drug-induced senility, I comforted myself in Peg’s absence by imagining her on that toy telephone, calling me.

Now that Peg’s here with a smile like a Cheshire cat, I realize she is happy that I am unhappy. She has locked me out of my house for the second time now. Except this time is permanent. All right, I will not look the other way again. I reach out with my hand and Braille her face, her mouth, willing myself to feel its sharp, cruel curve. “My own daughter. Happy that I’m unhappy.”

There, I’ve said it. I lived through it. And I feel strong instead of the way I thought I’d feel —
demolished.

Peg is nodding her head in acknowledgment, encouragement. She is cheering me on, the way I prayed she would when I was at the nursing home. I not only feel strong, I feel happy, as though I have reached into the past and changed something for Peg. I look at the dear shape of her nose and of her face. This alone is landscape enough.