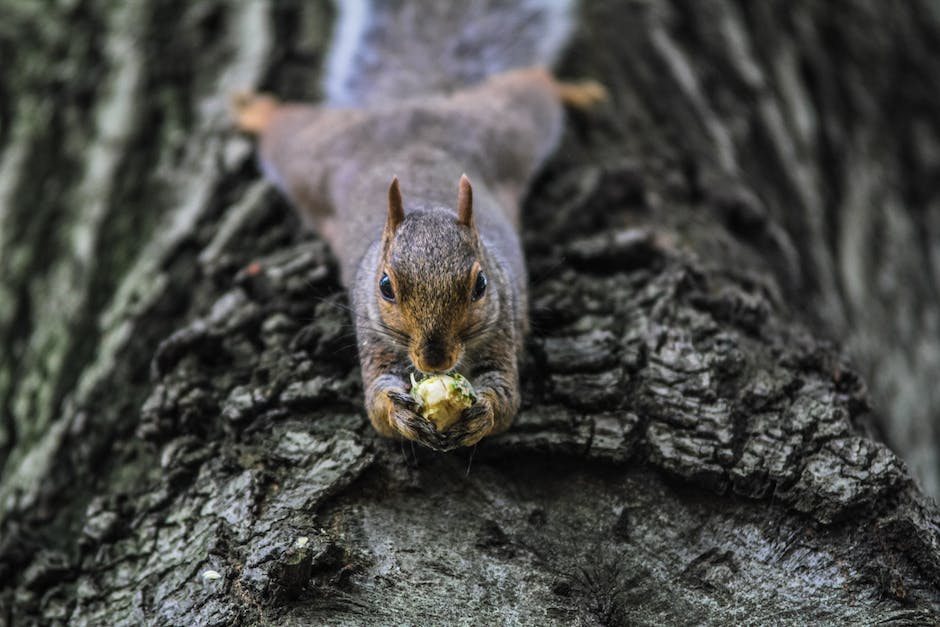 The tiny gap between his prominent front teeth and his curiously alliterative name seemed to indicate that Earl’s squirrel trapping profession might have been pre-ordained. His detailed description of a humane removal plan for the squirrels that were tearing holes through my ceiling further convinced me that he had found his niche, or vice versa. The idea of humanely catching the squirrels appealed to me. I like squirrels. But when they became squatters and inhabited my nighttime silence with scratching and mating sounds and eventually poked their groping paws through to my bedroom, I needed Earl.

His plan was to set traps throughout the yard, and over a period of a week to catch the five or six squirrels he imagined were nesting in that corner of the old Victorian home where I lived in the Bronx. As part of his professional inventory, Earl brought cases of chunky Peter Pan from a bodega in Queens, claiming the generic brands didn’t hold the squirrels’ interest. His Havahart cages had long ago lost their factory sheen, so there was no need for camouflage. Earl assured me that they worked best when they were a little ragged and rusty.

“They might be ugly,” he said, “but they are disinfected with Clorox after every catch. To stop the spread of diseases.”

Earl placed two old and ugly but germ-free traps around my yard and left a Peter Pan trail that led to the sensitive triggers. He hoped that in the chill and hungry New York winter, my emboldened squirrels would run headlong into their Havaharts, nibbling contentedly on the chunks of nut not found in generic brand bait.

“You got some fine cats there. Better keep ‘em inside during the trapping period. Catch me lotsa cats when I set traps for possums, ‘cause then I use smoked fish. But a hungry cat might like peanut butter just as good — and every cat stuck in that cage is another squirrel I have to reset for. Caught the same gray tabby four times at a house in Yonkers. A stray. And they say cats are smart? I guess there’s no accountin’ for hunger. But the guy wouldn’t pay me for removing a stray cat, even if it was a nuisance to ‘im. And I don’t give no free rides to Westchester.”

Earl took his catch up to a few different wooded areas in Westchester County, and let them go into the relative wilds. I asked him if he thought of leaving squirrels at other homes and sticking his business card in the mailbox. He flashed his gapped grin and snapped his fingers.

“If I ever need an agent I know where to come!”

Westchester County’s squirrel population must be growing at a good clip. Earl caught seven at my house in a week.

Sometimes it’s the smallest things that stir the memory.

I suppose I should have been happy that Earl’s plan was working. On the first day, just as I was leaving for work, I checked the two traps. I saw one black squirrel with nut-brown eyes, quiet and tensed inside. Another gray-brown one was wild with desperation. In both, I saw deception, accusation and fury aimed at that steel door that blocked their return to my ceiling or wherever they had once called home. Little paws gripped the metal bars of the cage as they sniffed the air for any sign of change.

I stood very still and watched. I remembered prison, looking through barbed wires at the mountains around me, knowing there was music out there. And I couldn’t get to it. I remembered the scent of my wool blankets. My bed. From the floor of the Mexican prison where I slept fitfully for 33 nights, I recalled sunlight making lacy patterns on the ground under my jacaranda tree. Like these squirrels, I was uncertain of how that steel door had snapped closed behind me, and more uncertain of when or how it would open again. With great effort I distilled myself to essentials, trying to save the delicate parts of me from the harsh realities of imprisonment. I tried to make myself small and hard, so I could slip through unnoticed. I remembered the other women’s nut-brown eyes, sometimes wild, other times wide and calm. I remembered the women in prison and the many traps that had caught them by the leg, not so humanely as Earl’s. I thought of the metamorphosis of captivity. How a cage, austere and corroded, is the entire world for a moment. And then it opens to Westchester. And it might as well be Jupiter. And you might as well be a squirrel, for all the familiarity you feel with the way you look now. With the way you react to the new freedom around you. With the way to find home. You sniff the air for any sign of familiarity, but there is none.The new freedom I found on release was dotted with prisons I hadn’t noticed before. Dependence, insecurity, doubt. “There’s no accountin’ for hunger,” Earl would have said. I followed dozens of nut-studded trails to dead ends while picking my way home.

That morning, I don’t remember if it was cold, or if I was breathing. All I could see were the traps. Sometimes it’s the smallest things that stir the memory. And sometimes nothing has to stir it – it is just there. I see their faces still. Full lipped, heavy lidded, high cheeked, drawn, vibrant, painted, wan, changeable faces. I see them on the streets of New York. There is Bertha reading The Wall Street Journal balancing on the A train. And Maritza gave up crack and is selling chocolates wrapped in colorful foil, shaped like bunnies for Easter. That woman walking her baby in Central Park looks like Fátima, but her baby would be bigger now. These are not the women I knew in prison. I want to ask these women: “Can you possibly imagine what it’s like not to have a choice? To wake each day and know exactly what is waiting for you? To feel minuscule and helpless against something you cannot control?” But I am afraid. I am afraid they will say “Yes. I know.”

There are so many prisons. Some we just wander into unaware.

I can tell you about a prison I knew once. About a woman who slept underneath a bed and a woman who stomped a rat to death with her foot. About a drug runner turned playwright and a Zapotec woman who could teach God about dignity. About women so hungry for crack they would sell a half-eaten sandwich for a dime, and women hungry for a choice, for retribution, for a voice. I could tell you about this prison and these women and their walls and the wisp of their lives that curled around my own. I would tell their stories to cut a hole in the mesh, to help them escape… or to help me escape.

The black squirrel made a scolding noise. My reverie broke and I walked to the station to take the one train downtown to my ragged office where I spent my day chewing on chunks of nut.

On the last day of Earl’s trapping schedule, a Havahart cage was sprung, shut tight but empty. I asked him about it. He said it could have been a bird. They are often small enough to fit through the holes in the wire.

“Their little bird eyes don’t see that wire around ‘em. They walk right out as if nothing has happened. You can’t keep a bird in one of these cages. They got freedom in their genes. It’s not a choice for them. They just go.”

Many of the women I knew in prison will be finding their own new freedoms by the time you hear my voice.

Many will be left behind to listen to the reminder of birdsong from the trees outside the barbed wire. The squirrels will adjust to the taller trees of Westchester, and I will unfurl again, closer to home with every step.

Mary Ellen Sanger lived for 17 years in Mexico, and has published in several Mexican journals, including Luna Zeta and Zocalo. Her essay “A Grammar of Place” was anthologized in Mexico, a Love Story, published in 2006 by Seal Press. She was a finalist for the Room of Her Own Foundation “Gift of Freedom” in 2007, and was awarded a writers’ grant from the Barbara Deming Memorial Fund for Women. She is currently writing a collection of stories inspired by the women of Ixcotel State Penitentiary in Oaxaca, Mexico where she spent 33 days and nights falsely imprisoned in the fall of 2003. Mary Ellen leads a creative writing workshop for adults through New York Writers Coalition at the New York Public Library.