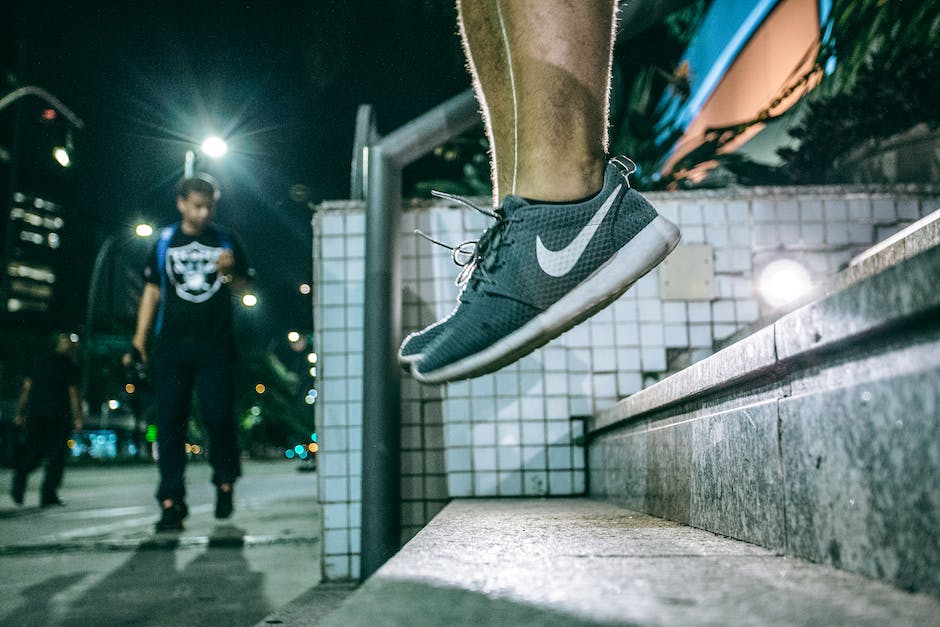 The sidewalk is mushy with slush, so you shuffle to keep from falling. A slip could shatter an elbow. A slide could bruise a lobe of your brain. It’s enough that you weigh 288 pounds and have bad knees―a bashed brain could turn you into one very large retard. You open the door to your yellow Subaru and push across the seat, displacing the packaging for fast food and potato chips. Then pulling away from the curb, you begin the chilly drive to Gary’s.

It’s a good night, a great night, because Gary has weed. The snow at his parents’ house has been shoveled, and the concrete steps leading up the porch are wet but not slippery. This is a sign: the buzz god is smiling.

Lisa, Gary’s eleven-year-old sister, answers the door. She’s wearing a ballerina outfit and is holding a piece of licorice.

“He’s sleeping in his room in the basement. You can come in and wait if you want. My mom and dad are on one of their stupid dates. They’re going bowling and having Mexican. I never get Mexican … it’s not fair.” She tugs the sleeve of your jacket and pulls you inside.

Her family’s plasma TV has turned the living room into a movie theater, washing everything in pulsating light. Sky blue carpet stretches across the floor, and you stare, afraid to soil it. Lisa orders you to remove your boots and slouches on a sofa. CNN assaults the room with the clatter of voices, and then an anchorwoman fills the screen. “Something happen?”

You collapse next to Lisa, still wearing the stiff leather jacket your father gave you at Christmas. “I’m watching Ellen Langley. She has nice teeth.” Ellen’s teeth could be mints. She has the face of a car show model and brown eyes that never blink. Lisa points to the package of red licorice next to you and offers you some. Thanks, you say, before removing two sticky pieces.

Ellen Langley says that millions of jobs have been lost in the past two years. Executives now are selling golf clubs, baby sitting children and painting garages. A Donald Trump look-alike smiles with an orangey tan and perfect hair; he’s wearing coveralls and holding a four-inch paintbrush. This information is a slap to your newly shaved head. One of these fucking executives could interview for your job at the parking garage. He’d smile with teeth like Ellen Langley’s and have martinis with your supervisor at Manzino’s Pizza. Your new job title would be “unemployed, drug- using loser,” and you’d have to apply for food stamps and bother your friends for dollar bills.

Lisa chokes on a bite of licorice and leans forward, as though she’s preparing to vomit. You put your hand on her back, and she produces a nyack, like a cat coughing up a hair ball. She resumes her chewing, and you scan the room for Gary’s green backpack. It’s the hiding place for a container of joints and buds―sometimes the Xanax you crave―but tonight it’s nowhere in sight.

Pulling an earlobe, you ask Lisa why he’s in bed at seven o’clock.

“He was up all night. The turd told my dad he was ‘researching weather patterns on the Internet.’ He was really looking at people screwing. I found a way you can check. He does it all the time.”

You do not want to know this. Images of Gary stroking himself could sneak into your dreams, and then he might try to have sex with you. Two years ago, you met at a diner when you were washing dishes and wiping tables. He came in for coffee and pancakes after partying with friends, and you learned he was twenty-six and still living at home. He wore a turtleneck and claimed he worked at a Kinko’s; he bragged about the reams of paper he had stolen and the copies he’d made for his friends. At the end of your shift he rolled a blunt the size of your pinky, and you suddenly found him likable.

Lisa’s knowledge of sex is disappointing, too. A girl in a ballerina outfit shouldn’t recognize fornication. With her short, black hair and oversized glasses, she’s a kid you’d take for ice cream in the middle of July. Heat blows from a register near your left leg and you slide a foot near it. You then ask Lisa about her outfit, and she says, “I just like to wear it … is that all right?”

“Of course, whatever makes you happy. Gary told me about the ballet school. He said you might–”

Ellen Langley introduces footage of men waiting to fill out applications at a factory in Pennsylvania. Snow is blowing. A man looses his hat. Another talking head with skin like concrete then fills the screen, advising the unemployed to fight for severance packages, file for COBRA, and get involved in local government. Ellen returns, and Lisa moves her lips. You ask her to speak louder and she slaps your chest.

“Frank, are you spying on me? Can’t I watch TV without someone spying?”

Lisa glares at you and reaches for her ankle. She raises the toe of a ballet slipper to her forehead before grabbing another piece of licorice. “I think Ellen’s pretty,” she says, slipping a shaft of candy into her nostril. “Ellen’s prettier than the other girl, Diana. You can see Diana’s gums when she smiles.”

Lisa begins describing her admiration for Ellen, and how she wants to become an anchorwoman, a dream she’s had since third grade. She likes Katie Couric most, even though Katie has “that crooked mouth.” Lisa kneels on the sofa, and the TV’s kaleidoscope of light flickers off her glasses. She says she has a secret plan to study communications at Ann B. Bernhard Community College, and then intern at a TV station. You’re told to never, ever tell anyone, and you agree, honored to be part of a pact.

The furnace turns on again and blows hot air into your pant leg. You wipe spits of sweat off your brow and shiny head, wishing you could take off your jacket. But doing so would require effort, and effort is not always your friend. Waking up Gary is what you should do. The two of you could smoke a joint and go out for pizza, and then drive to Barnes and Noble to read magazines. Gary could thumb through Wired, and you’d scan the ads in Shutterbug.

A cousin recently gave you an old Nikon camera, and you plan to take pictures of burned-out buildings and manhole covers. Graffiti and abandoned cars. Possibly a few nudes if someone answers your ad at the local art school. You’re going to be an artist―that’s why you’ve shaved your head―and you want the world to know you have ambition and character. Nudging Lisa you offer to take head shots for her portfolio.

“If you’re going to be an anchorwoman, you’ll need a portfolio.”

Lisa’s eyes grow behind her glasses. “I’d never let you take my picture!”

“It’s not painful. You just smile and try to look pretty.”

Her mouth shrinks into two pursed lips and she blinks away tears. Digging her hand between the sofa cushions, she pulls out the remote and jumps to Animal Planet. Officers from the Humane Society of New York City pull an emaciated beagle from under a porch. The dog has missing fur and a milky eye.

“What happened to Ellen?” you ask, distracted by the dog.

“I don’t wanna talk about it.” She says this and her voice breaks. Her face turns into a pink wrinkle and she begins blubbering. Glancing at the door you swallow. There would be no good explanation for this scene, and you’d get your seventh ride in a police car. Well, technically the sixth. The last time you only sat in the cruiser―you never actually got a ride. The officer took pity on you because you had pissed your pants, and made you abandon your car and walk home.

“Frank … I can’t have a portfolio,” she says between sobs, “because I’m not pretty. I can’t be Ellen Langley, or Katie Couric.”

“I just know it. A girl in my class, Marci Sheppard, she’s pretty. She could have a portfolio and she could be Katie Couric.”

“Listen, Lisa,” you say, taking her hand. “Life is unpredictable. We never know what’s going to happen. This Marci might leave high school and work at Wal-Mart. She could have acne and get big and fat and eat pizza for breakfast. And you could be prettier than Katie Couric. Katie could lose her job to you, because you’re prettier and a better anchorwoman.”

Lisa’s crying fades into mini gasps of air. Removing her glasses and wiping her eyes on the back of her wrists she aims the remote like a gun. Ellen Langley returns. Her perfect diction rattles glass in the room and sends throbbing beats into your chest. The heat comes on, and you decide to remove your jacket, just as Lisa’s parents emerge from the kitchen. They’ve entered the house through the garage, ushering in the metallic smell of winter and the greasy stink of Mexican food.

“Lisa!” Her mother’s voice cuts the room in half. “Turn down that TV!”

Lisa scrambles for the remote. Someone turns on a light, and you squint.

“We’re watching CNN,” you say sheepishly. “Gary’s sleeping, and I’ve been waiting for him to get up.”

“Thanks. It’s my new look. Photographers like to stand out. You know, make a statement.”

“I see.” Gary’s family watches you struggle to free yourself from the gravitational pull of the sofa. You’re forced to use a contorted, heave-ho maneuver, entertainment for everyone on this winter night. Still clutching a length of licorice, you slip on your boots and say you have laundry to finish. Lisa’ s father warns the streets are icy, and her mother stares at your head. You thank Lisa for the licorice. She waves with a flap of her hand, and you leave the warmth of the house. Your bald head is immediately assaulted by cold air. A tear squeezes from the corner of an eye and you wipe it away. Standing at the edge of the porch you study the shadowed steps, quickly forgetting the lost buzz. Fear spreads through your chest like spilled gasoline, and you toss the licorice into the yard.

Lowering a boot to the first step, you land safely and chuckle at your good fortune. Then you drop to the next flat surface, and your foot shoots to the right like a frozen mackerel. Yelping, “Fuck me!” you flail your arms until your elbow plows into the porch. The frosty night then spins around you, and a spiky bush gouges the back of your hand. Snow explodes into your right ear, and the side of your head smashes the rocky ground. Stunned, you roll onto your back. Tears fill your eyes, as you try to focus on the pricks of stars filing the inky sky.

Everything hurts. Your elbow screams in pain. You can’t lift your head from the pocket of snow. Time passes, two or twenty minutes. You look over to a window filled with the glow of television, and a faraway thought tells that you Lisa is in the rectangle of light. She’s sitting on the sofa in her ballerina outfit, studying Ellen Langley, eating licorice and stretching her legs. Her mind is absorbing your humble wisdom, making subtle shifts to plan her rise to the CNN anchor desk. And one day, you tell yourself, she’ll be on TV, prettier than Katie Couric, telling the world about nuclear weapons and terrorists. A celebration stirs in the hollow of your stomach and you wiggle your toes. Your blue lips then come alive to mumble, “Awesome, Lisa. Fucking awesome.”