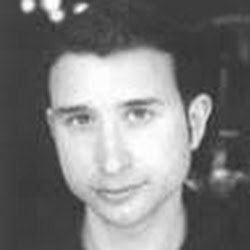 Mary Akers: Hi, Jason. Thanks for agreeing to let me pick your brain today. First let me say that I just loved your piece “Enough.” One of the things that struck me right away was the voice of your narrator. I especially like how he stays detached from the proceedings enough to describe them to us, and yet engaged enough to be frustrated and somewhat bemused by the speaker he is watching (and the reaction of both his father and the audience to the speaker). I know you are primarily a poet (and I’m a fan!), but it strikes me that a lot of your work has this same sort of engaged/clever/bemused starting place to its voice. Can you say a little something about voice in general and the voice of your work in particular?

Jason Schneiderman: I work really hard to reach that place of detachment. I have this sort of excessively expressive face, and I’ve always gotten in trouble for being too emotional. I am fascinated by the ways in which we are constantly refusing interdependence. The United States of America has this weird foundational tension between the inter-dependence of democratic governance and the rugged individualism of colonizing expansion. It’s like the Whiskey Rebellion never ended. I wanted the detachment in this piece to sort of switch sides– the advocate for inter-dependence has to separate from the individualists. Then again, a fantasy is often more powerful than reality, so the speaker loses. It’s like Oscar Wilde said in the Portrait of Mr. W.H. No one ever kills himself to defend the truth. You kill yourself to defend your lies.

MA: True. I also feel like the liars are the ones who shout the loudest, as if volume alone can make their words true.

When we worked together on turning this into a short piece as opposed to a poem, you said it would be your first publication as fiction. Congratulations on crossing a genre! But I’ve always felt that short-shorts like yours exist somewhere outside the realm of strictly fiction or non-fiction…in the same way that poetry does. A poem can be confessional, have a voice, and yet can also be not be the personal experience of the author. Do I have that right? Would you like to say something about this?

JS: I think that since modernism, poetry has been less defined by any set of consistent criteria than as something that is not distinctly another genre. If you look at some of the “poems” of Tristan Tzara or Jackson MacLow, their poems can seem more like a game to see what can be in poetry’s big-genre tent than as poetry proper. In some ways, that big tent playfulness and experimentation has destroyed the popular audience for poetry, because poetry is so exhausting to the novice who realizes just how much there is to know. The poems that a popular audience loves tend to be the poems that are defined as poetry via rhyme, meter, repetition, etc. The-capital-P-Poets, on the other hand, sort of love what the poets are doing. I liked thinking about the piece as fiction, because it clarified for me the genre conventions: Character, setting, narrative arc, conflict, crisis. I don’t want to be reductive about the nature of fiction– but it was nice to work in a genre with larger sets of rules. Then again, my first successes as a poet were all with sonnets. So maybe I’ve always been a rule bound kind of boy.

But I think that fiction writers want to enjoy the fun. I like that when the essay wanted to have more fun it got called the “lyric essay.” I was like, right on essayists. Get lyrical. Go big tent.

MA: Our guest illustrator, Kristin Beeler, read each piece of writing for this issue and designed a unique piece of artwork for each. It’s really such a gift that an artist is willing to do that for us each issue. To me, it brings the written work to life in new and exciting ways that expand its original reach. It makes it a conversation between artists that we the readers get to enjoy. What did you think of the image she chose for Enough? How would you describe it as relating to your piece?

JS: The image is very delicate and a bit disturbing, in that the flower’s bloom has this sort of tubular, worm like quality. It’s pretty, but it looks like a distended colon too. I couldn’t quite find the membrane attaching the picture to my piece, which in a certain way was a relief. It avoids the danger of illustration, which I vehemently distrust/dislike– even though there is interesting work being done on the relations of text to image (and text as an image itself). But I don’t do that work myself.

MA: Interesting. I assumed that she took the image from this line: “I want to ask about how the rose bush in my backyard was developed by botanists…” In that sense, I can imagine that she may have been looking for a rose image that was distorted, maybe even manemade/semi-grotesque in order to match the theme of your piece which to me was about human excess and coldness. But who knows. I love how authors take the /images and make them their own–assigning meaning based on their own lives.

And finally, my favorite question of all (because the answers are always so different): what does “recovery” mean to you?

JS: I’m not sure I believe in recovery. I mean, I understand “recovery” in the most literal sense of “getting back”– but you never really get back something you’ve lost. And if you do, its fundamentally different. I think that the metaphor of recovery is often a refusal of loss. In the vernacular, I have “recovered” from my mother’s death, but isn’t that a way of masking the fact that I can never literally “recover” my mother? The comfort of the metaphor masks the horror of the literal.

I think “recovery” does make sense in the context of naming the experience of living after trauma, grief, addiction, dissappointment, etc. But “recovery” then cannot mean a way of returning to wholeness, but rather must name a way of being functionally damaged– of trying to let the scar be the skin. My understanding is that addicts never get to leave “recovery”– that it’s an endless process. One is always recovering, never recovered. I’m not much for denying myself pleasures (again Wilde: I resist everything but temptation), but I can imagine that if denial is a fundamental part of one’s life, it has to be omnipresent. Recovery becomes an asymptote that you can never reach, even if you can get closer.

To return to the material, I’ll give you an example of what I mean about recovery. I have a CD I kept as a memento from my first boyfriend (“kept,” “stole,” who’s keeping track?). He periodically asks about it, since the deal was that he could have it back the next time we meet. But even if I were to give it back to him, he’d never “recover” the same CD. The object would be as fraught with meaning on his shelf as it is on mine. He could download the songs and listen to it on iTunes, sure. But the actual object is unrecoverable. The transformation is ineluctable.

MA: Great example. The concept of “ownership” begs its own myriad of questions, doesn’t it? (Here’s hoping your friend doesn’t read about his CD here!) Your answers have been wonderful, Jason. Thanks so much for taking the time to consider and respond. You’ve given me and our readers a lot to think about.