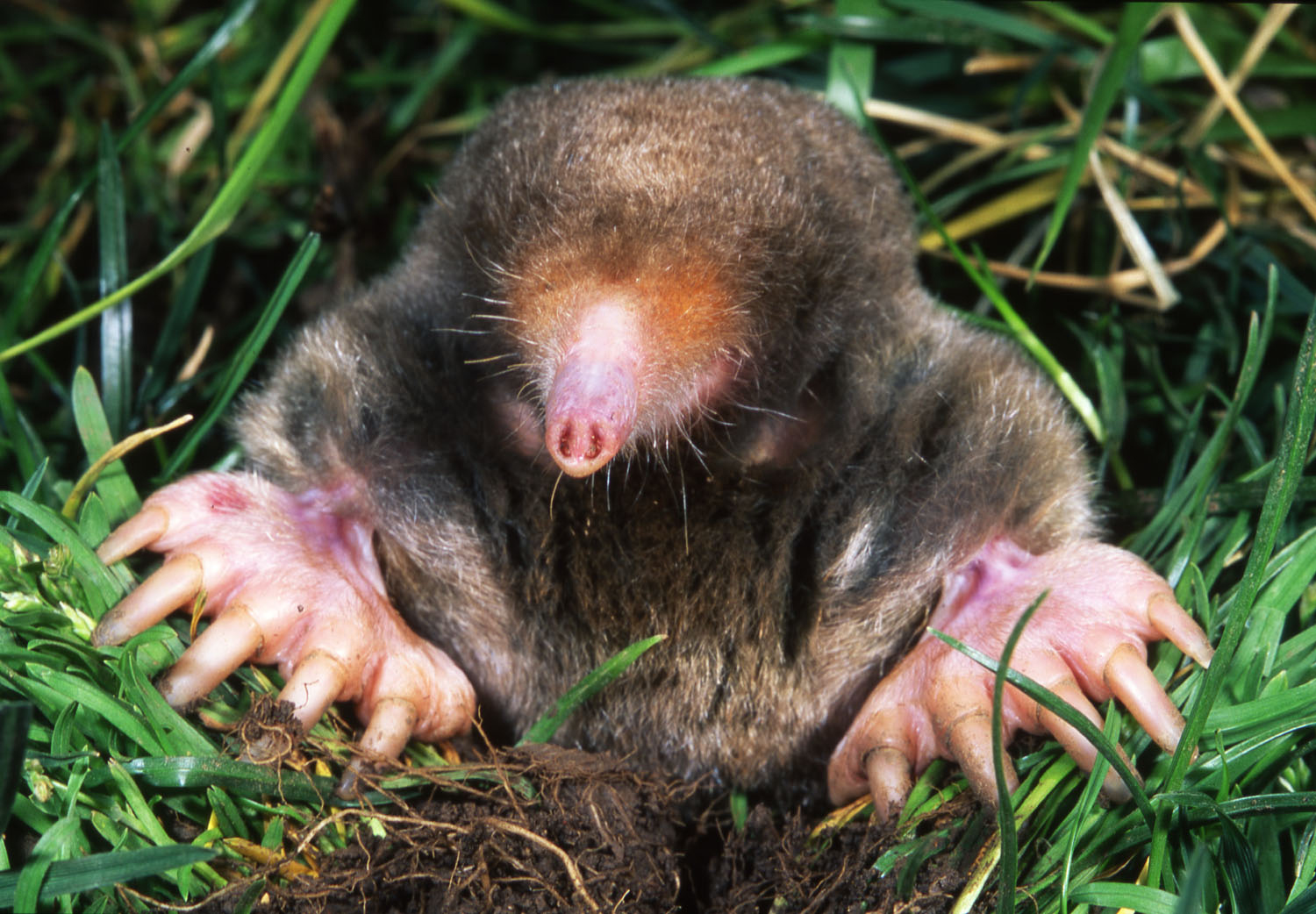 Traffic moved unusually slow, probably an accident in the tunnel up ahead, but because I had time to look around I spotted the sign half hidden among the trees: Mole Problems?  Call 4U2–MOLE.  Normally I ignore advertisers, so what got me interested is still a mystery.  I dialed the number.

“That can’t be your real name” I said.

“Yes, yes, the business has been destiny since the day I was born. How can I help you?”

For an instant I was speechless.  I didn’t have any moles. “Can you tell me what time it is?”

“So you’re at the job site, very industrious of you” I said.

“You live underground?” I asked.

“Did you expect me to live in a tree?”

I could hear the sarcasm in his voice. Perhaps this signaled the beginning of my mole problems. “I’m sorry to have bothered you.” I apologized, believing he’d hang up, but the line stayed open, a musky panting coming from the other end.

“Are you still there?” I asked.

“You don’t get rid of moles by just hanging up.”

“I don’t actually have any moles” I said. “I just called because I’m stuck in traffic and didn’t have anything better to do until I saw your sign.”

“I have no feelings whatsoever for moles!” I snapped back, but I was immediately sorry for my temper.  I pictured the dirty burrow where moles live, the wife clearing a cavern under someone’s garden, preparing a cold kettle to mix a meal of pale roots.  My problems with traffic were trivial compared to the struggles moles face, so I pulled over to the shoulder and settled back.  “Go ahead” I encouraged, “I’m listening.”

And Mr. Mole started talking, all his dark secrets coming to the surface, passions that made my cell phone blush though I’d had it set to vibrate.